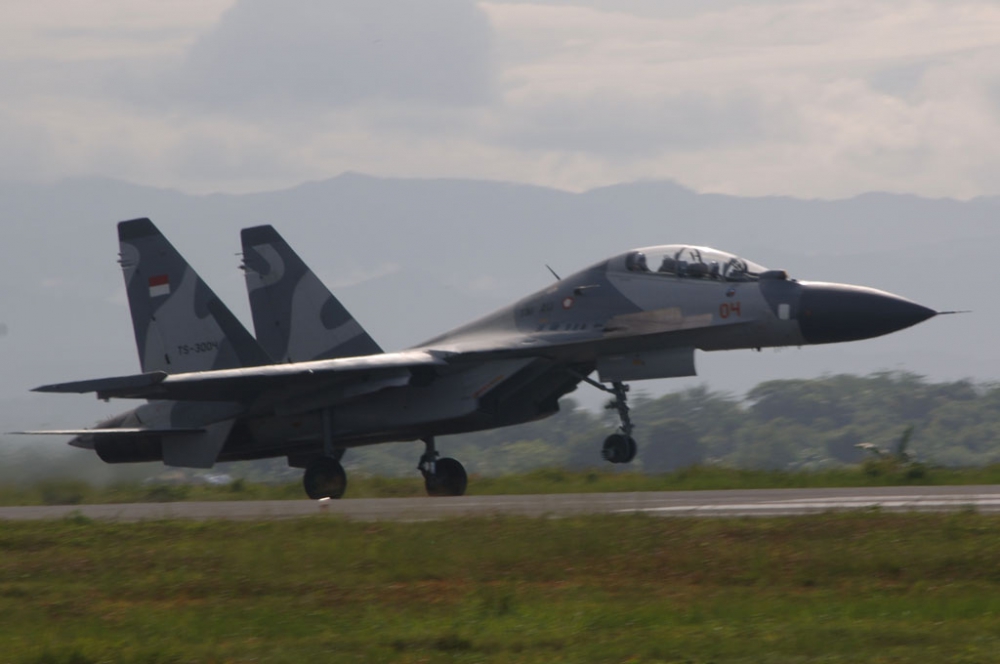 Indonesia has ordered six additional Sukhoi Su-30MK2 aircraft, with the first two to be delivered in 2012.

Jakarta will receive two more in 2013 and the final pair in 2014, said Indonesian air force chief of staff Imam Sufaat. His comments were quoted in a report by official government news agency Antara.

The report added that the Indonesian air force currently has six Su-27SKMs and four Su-30MK2s in its inventory. The aircraft are based at Sultan Hasanuddin air base in Indonesia's South Sulawesi province.

Separately, in the coming months Indonesia could issue a letter of acceptance for 24 used US Air National Guard Lockheed Martin F-16C/Ds. In late November, the US government outlined details of the proposed sale and upgrade of the Block 25-standard aircraft for Indonesia, valuing the Foreign Military Sale deal at $750 million.

If a letter of acceptance is issued in early 2012, it could clear the way for deliveries of the upgraded F-16s to commence in 2014.

Australia has also offered to donate four Lockheed C-130H Hercules transports to Jakarta, contingent on aircraft upgrading, but this deal has yet to be confirmed.