Community of Model United Nations of Universitas Gadjah Mada (UGM) proudly present, 1st International Model United Nations in Indonesia coming soon in Jogja. The biggest model united nation (MUN) which ever held in Indonesia. The name of the event is Jogja International Model United Nations; JOINMUN. Why is Joinmun named as “International MUN”? Because the chairman of the committee will be chaired by international students from the USA, Australia, India, and Singapore. Joinmun has four committees such as Arab League, G20, General Assembly and Security Council. Each committee will be chaired by International students who have many experiences in MUN around the whole world. What is the theme in each committee ? In Arab League committee the delegate will be discuss about democratization and peace building in Libya after Khadafy, and Syrian government alleged crime against humanity. In G20 committee the delegate will be discuss about international economy crisis and economy recovery. In General Assembly committee will be discuss about right of indigenous people and Preserving cultural heritage. In Security Council committee the delegate will be discuss about independent state of South Sudan and jurisdiction of international court. How about expenses to join in JOINMUN ? there are any two ways payment to join in JOINMUN. First one with accommodation package and second one with non-accommodation package. Both of packages are different, if you pay with accommodation package you have to pay Rp 1.400.000,-. And if you pay with non-accommodation package you have to pay Rp 800.000,-. For further information about JOINMUN (number of delegate, venue of confrence, schedule date, facility hotel, social event, study guide and role of precedure) kindly check out our website www.joinmun.ugm.ac.id and If you need personal question about JOINMUN, please don’t hesitate to contact our participant coordinator Abdul Habib Ashary via mail (ashary.habib@gmail.com) or twitter @beepadul and also Wahyu Pradana hadi (padanawahyuhadi@yahoo.com) or twitter @padanaWH Kind Regards, JOINMUN 2012 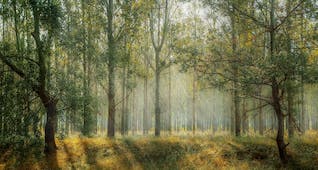