How Nongkrong is Probably the Best Thing About Indonesia 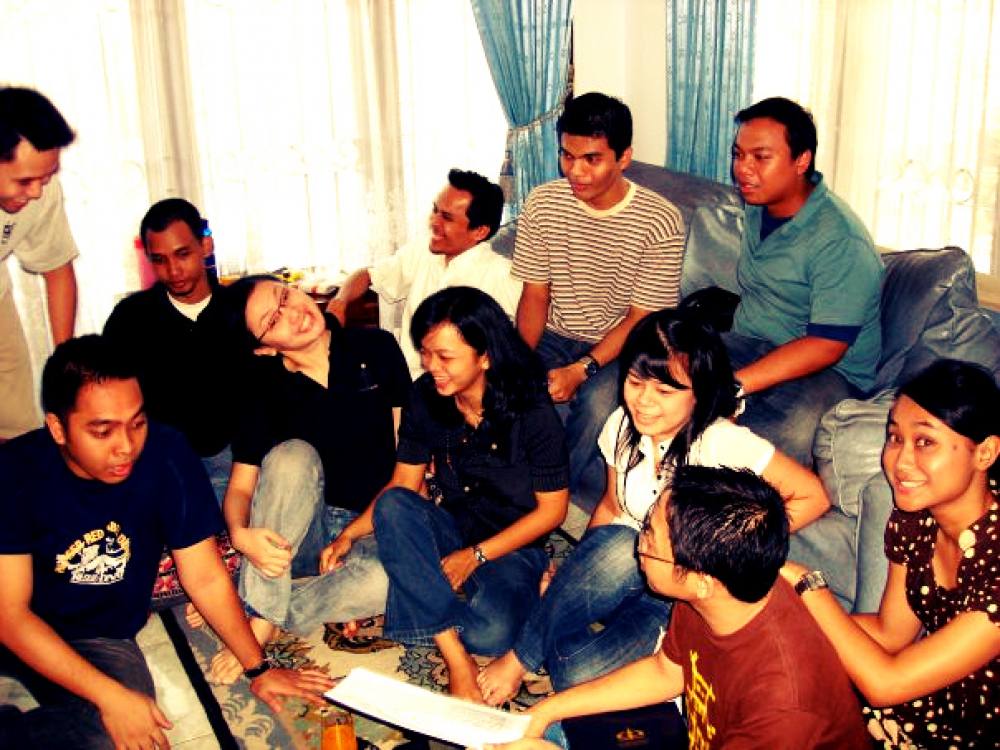 How Nongkrong is Probably the Best Thing About Indonesia

by Tasa Nugraza Barley What is it with Indonesians, especially the young Indonesians, that we love to nongkrong so much? Before you judge me, I’m not saying that nongkrong is bad, it’s probably one of the best things about Indonesia. But sometimes it just makes me wonder why our people love to nongkrong so badly? What is nongkrong anyway? It’s so hard to explain, really. It’s so hard that I don’t think Oxford English Dictionary has that word in English. "To chill out" might be the right expression in English for the word nongkrong. For Indonesians, as I know it, nongkrong means “to meet and talk, and smoke for some”. But nongkrong is basically about talking and talking with people we’re close with. But what do we talk about? Based on my experience of being an Indonesian, I know that we Indonesians talk, well, nothing when we nongkrong. Although foreigners may find this very surprising, but from an Indonesian point of view, that’s exactly why it’s so exciting. “Nothing” here doesn’t mean that we don’t talk when we meet, but it specifically means that we talk nothing important. Yes, we talk and talk for hours about things that aren’t really important. Some might nongkrong to talk about something important, but trust me, it usually lasts within the first hour. The next hours will be about who’s got a new girlfriend or where the new cool place to hang out is. And of course in between the conversations, taking pictures! It's a different story in other countries, where people meet up at a restaurant or a cafe to talk something important. They talk business or they study together. It seems to me that time is really money in those developed nations, or the Western countries to be exact. Really. Americans, for instance, don’t really meet in a big group, while we Indonesian love just the opposite. When they actually do it, it’s usually for something serious, like having a meeting for example. So, they don’t really have the term of nongkrong in their lives. Meeting to talk about something unimportant? "What’s that all about?" they might ask. Nongkrong is obviously not in their list. They do, though, hang around with their friends but only on weekends, and it usually comes with all their strict rules. That’s why you’ll find Starbucks stores in America are different from the ones we have in Jakarta, something that we can all be proud of. Coffee shops in America are mostly quiet. They’re quiet because most people come either to study, read a book, or talk business, while others just grab and go. While a coffee shop in Jakarta is typically noisy since we make coffee shops as perfect spots to nongkrong. On weekends we spend hours and hours talking loudly at coffee shops or restaurants. That doesn’t mean Americans don’t nongkrong at all, it’s just that we Indonesians do it so much more. I remember when my friends picked me up at Jakarta’s International Airport after a long flight from an overseas trip. They then took a new place in Kemang, South Jakarta, which was packed with young people. Finding a parking spot was a tough struggle. When I asked him what’s so fun of going there besides eating and drinking he spontaneously answered, “What do you think stupid? Of course we’re going to nongkrong!” I quickly realized that I had asked the wrong question. I replied him with a big grin, “I’m sorry, you’re right. Of course my friend, it’s nongkrong time!” Some people might accuse that our habit of nongkrong is one of the reasons why our society is left behind. They say it's this behavior that makes us a lazy nation. Is that true? Well, I guess someone has to start conducting a scientific research on this issue. The result will surely be interesting and our government officials might be able to use it to fix this nation. But before some smart old guys conduct such a research, we all should agree that nongkrong is indeed fun. It’s so much fun that we don’t realize how time can slip by so fast. It’s the moment when we Indonesians share our happiness with our loved ones. We laugh and we share stories. The concern over whether our young people do nongkrong too much is another matter. I don’t think we all should be ashamed of being what we are. We Indonesians love to socialize and what’s wrong with that? A friend of mine got really bored living in another country after leaving Indonesia for six months. He complained about the culture which he thought was too serious. He said that the people there were like robots. "They wake up, they work, they eat, they go home, and they will do the same exact thing every day. All of those done to pay something that's called Mr. Bills," he said while laughing. 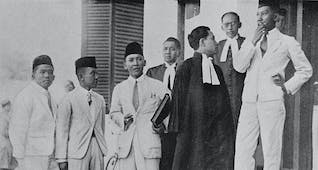