The Indonesian Spirit Lies Behind the Walls The Indonesian Spirit Lies Behind the Walls

107 years ago, the first native Indonesian political organization, Budi Utomo, was founded and began its long struggle for independence from the Dutch colonialists, its only weapons being education and cultural awareness. Every year on May 20, Indonesians honor these early nationalists by celebrating National Awakening Day, and what better way to mark the day than by visiting the former medical college — now a museum — that gave birth to the organization? Located on Jalan Dr. Abdul Rahman Saleh in Central Jakarta, Museum Kebangkitan Nasional (National Awakening Museum) is a one-stop source to learn about how Budi Utomo and other early modern political organizations were founded in Indonesia, and the role they played in the country’s eventual independence from the Dutch. Unlike many other museums in Jakarta, the National Awakening Museum is fairly well preserved. Overseen by the Ministry of Culture and Tourism, the museum’s shiny white walls still show the glory of its past. The museum is also a treat for those who enjoy the beauty of old buildings. Housed in a building that dates back to 1899, visitors to the museum are transported back to an era when Dutch neoclassical architecture ruled the archipelago. Large windows and doors, high ceilings and sturdy wooden furniture dominate the structure. The museum is divided into four main exhibit areas: Introduction, Before the National Movement, the Beginning of National Awakening and National Awakening. It is suggested that visitors view the museum's collections in the proper order so that they can have the complete version of the history.

The collections are mostly displays of period photographs showing the struggle of early Indonesian activists before and after the national awakening era. Those involved in this early struggle included prominent feminist activists such as West Java’s Dewi Sartika, Central Java’s Kartini and North Sulawesi’s Maria Walanda Maramis. Through these pictures, visitors will realize that getting independence from the Dutch wasn't an easy task for Indonesia - our ancestors had to fights for it.
Also on display are statues of the founders of Budi Utomo, period furniture, medical tools from the museum’s early days as the Stovia medical college and turn-of-the-century clothing. Another room features a classroom, complete with mannequins seated at desks, absorbed in their studies.

One exhibit that never fails to arrest visitors to the museum is the memorial room of Budi Utomo. This is the main attraction in the museum. The former anatomy examination room still displays a real human skeleton that was used by the medical students for study. But it is not for that reason that the room has become an invaluable part of the museum’s collection. Inside the room are wooden chairs that were used by the student activists during their meetings. You can also see a statue of student and Budi Utomo founding member Sutomo and photos of Stovia’s students in discussion. It is considered a very sacred room, according to the museum's management. In this room, Sutomo and his friends founded Budi Utomo. From 1902 to 1925, the Stovia medical college was operated by the Dutch, who wanted a medical school in Indonesia that met European standards. The Dutch government had established another medical school in 1851, called the School for Javanese Doctors, which could only be attended by native Javanese. The School for Javanese Doctors was intended to produce low-skilled doctors who would be able to deal with an epidemic then spreading in Banyumas, Central Java. Unlike that school, the Stovia college was open to all. The school welcomed young people from all over the country who had the passion to become doctors. In 1907, Dr. Wahidin Sudirohusodo, a graduate from the School for Javanese Doctors, visited Stovia to deliver a speech to the students about his concerns over the quality of people’s lives. He talked to the students about his idea of financing university educations for the poor. Wahidin’s speech moved many of Stovia’s students. After much discussion and planning, students, including Sutomo, agreed to launch Budi Utomo as their vehicle to improve the lives of Indonesians, focusing on education. In Javanese, “budi utomo” means “noble act.” Considered as a modern organization with an organizational structure, a clear vision and a mission statement, Budi Utomo encouraged Indonesians to get more involved in the development of their country, focusing on their right to an education. The organization actively pushed the colonial government to build schools for Indonesians. The organization enjoyed rapid growth in its early years, eventually dissolving in 1935 after its founders became involved in other groups. During its peak in 1910, the group had 40 branches across the nation with thousands of members. Budi Utomo even received official recognition from the colonial government. As history tells us, soon after Budi Utomo was established, other organizations sprang up in its wake, including Serikat Dagang Islam (Islamic Trading United), the religion and education-based Muhammadiyah and political group Indische Partij. Our view on history shapes the way we see the present, influencing our choices on possible answers for the existing problems, which in turn will create the future. Thus, the presence of the National Awakening Museum is very important. To every single Indonesian, it is a statement, a reminder and a symbol. 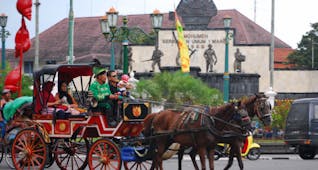