Indonesia's Soft Power Vibrates Through Others 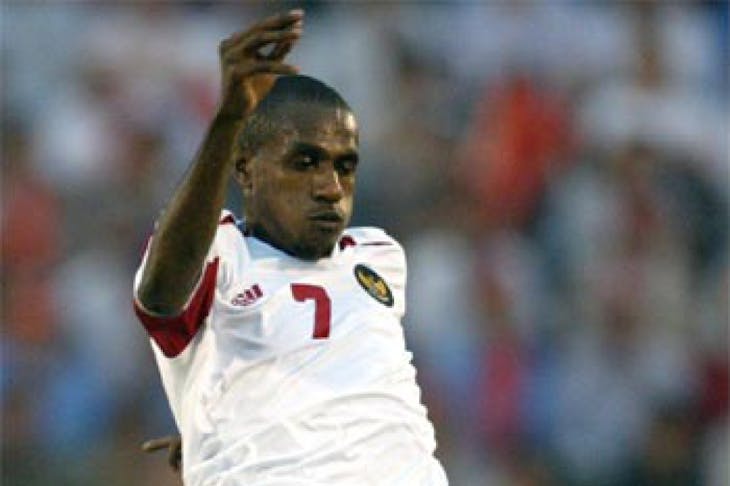 Indonesia's Soft Power Vibrates Through Others

Singaporean Foreign Minister George Yeo nodded his head in agreement while writing in his notebook, as Indonesian Foreign Minister Marty Natalegawa talked about Indonesia’s priorities for ASEAN. The ASEAN ministers listened carefully during the retreat meeting at the Oberoi Hotel in Lombok on Sunday. ASEAN Secretary-General Surin Pitsuwan, who sat at Marty’s left, smiled throughout the meeting and praised Marty’s statements. Thai Foreign Minister Kasit Piromya and Malaysia Foreign Minister Dato’ Sri Anifah Aman raised occasional questions and offered comments, which Marty took in stride. Marty interspersed his talk with bits of humor, receiving outbursts of laughter from the other ministers. Philippine Foreign Minister Alberto Romulo, the most senior and outspoken of the ASEAN ministers, was not in attendance. A number of ministers said after the meeting that they welcomed Indonesia’s ideas of creating a orum in the three ASEAN pillars — economics, politics and security, and socio-culture — involving all stakeholders, from civil society groups to academics and media, to achieve an ASEAN community by 2015. “Indonesia’s ideas are always welcomed by other countries,” Surin said. For example, Indonesia’s position that Myanmar must be rewarded for holding elections and freeing Nobel winner Aung San Suu Kyi was agreed upon by other ASEAN countries. ASEAN urged the lifting of international sanctions against Myanmar. In efforts to create and manage regional architecture — including solving disputed claims on areas in the South China Sea — ASEAN continued to look to Indonesia for a breakthrough after years of deadlock in settling the problems. Four countries have disputes with China over areas in the sea. Those disputes create tension between the navies of the claimant countries; Indonesia is not a claimant country in the disputes. “Thanks to Indonesian leadership, we’ve re-energized our efforts to find solutions to the disputes,” Surin said. Indonesia has also proposed visions for what ASEAN should do after forming its 2015 community to ensure that the group has a common platform to tackle global issues when the time comes. “Indonesia has always been ahead of the curve in proposing ideas for ASEAN. We very much welcome them,” Surin said. He said that Thailand has also proposed an agenda for ASEAN after 2015. Thai Foreign Minister Kasit said that ASEAN expected a lot from Indonesia because Indonesia is a big democratic country with the world’s biggest Muslim population. “Indonesia has been playing a leading role on the world stage for a long, long time — since its very independence. Indonesia is the one who co-founded the Non-Aligned Movement and one of the co-founders of ASEAN. Indonesia is a country that demonstrates tolerance in every sense of the word. “I think the international community should learn from Indonesia. The principle of Pancasila is still applicable today, applicable for everyone. Instead of just listening to the West, let’s export the Pancasila principles.” The foreign ministers also got to enjoy their time on Sunday. Marty escorted them to a Lombok beach where, despite the rain, they released turtles and planted trees. Yeo, for one, particularly enjoyed playing on the beach and releasing almost countless turtles. News & Photo Source : The Jakarta Post