Budi Soehardi, a Hero From Indonesia 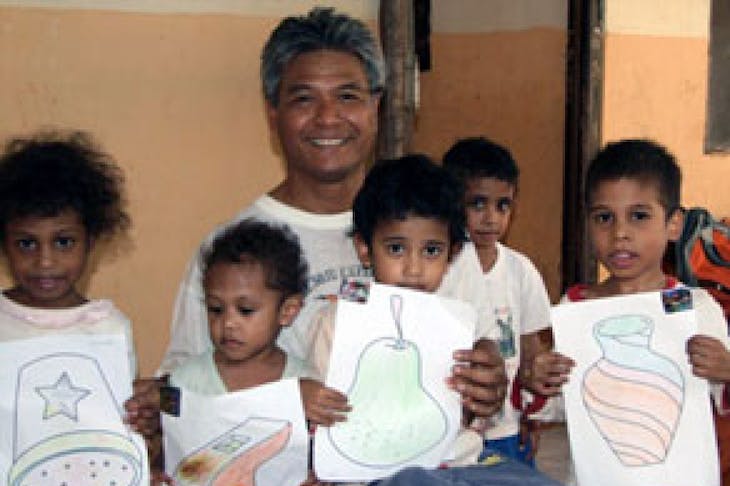 Budi Soehardi, a Hero From Indonesia

Have you ever heard about Budi Soehardi? if you are a CNN reader then you must be familiar with his name. Budi Soehardi is a 53-year-old pilot from indonesia who lives in Singapore and works at Singapore Airlines. His heroic story began when he realized how high the level of poverty in East Timor. Seeing this, Budi Soehardi then gathered some people and ask them to help East Timor together with him. His effort succeeded. More than 40 tons of food, medicines, and toiletries were sent to the refugee camps and conflict areas in East Timor. He also founded an orphanage named Roslin in Kupang, West Timor to accommodate children of any age. This orphanage provides many facilities, including educational facility for children, clothes, place to live, and also foods for free. Because of his dedication to help people, he successfully entered the ranks of the top ten CNN Top Heroes 2009. CNN Top Heroes 2009 is a prestigious CNN American award for some people in the world because of their extraordinary efforts to make this world a better place to live. Budi Soehardi was selected among 9000 candidates from 100 countries.

You can visit his orphanage at www.roslinorphanage.org Watch Budi Soehardi CNN Tribute to Heroes 2009 on YouTube https://www.youtube.com/watch?v=8piacipZ5wU&feature=player_embedded Image Source: bossip.com, Written for Good News From Indonesia by Vinny Ariandari Edited by Farah Fitriani