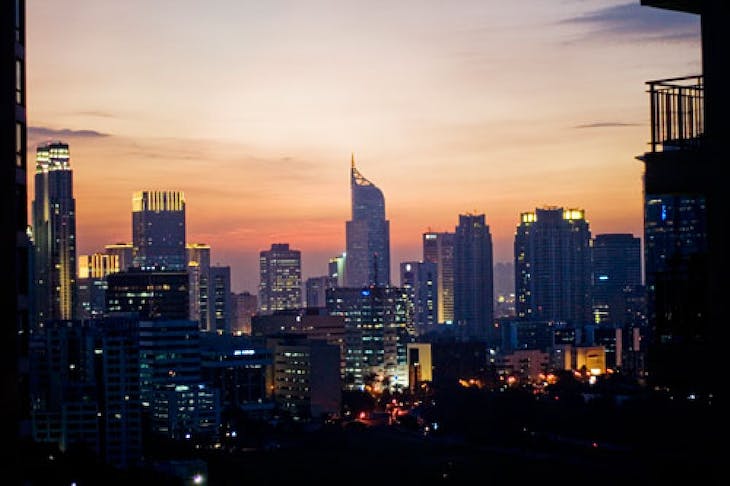 It has been a year of mega deals for Indonesia’s largest business groups. For the first time in its history, Indonesia has seen a number of $1 billion corporate deals concluded in the space of 12 months. And notwithstanding external shocks, the next 12 months look like following a similar trajectory.

In the first half of this year, corporate Indonesia managed to execute two billion-dollar deals and five more that were above $500 million. This is unprecedented in the country’s corporate history and reflects a fast-growing corporate sector and an expanding capital market.

All in all, an amazing $4 billion worth of corporate deals was executed in the first six months of the year and market analysts are confident the second six months will be as strong.

That such major deals can now be executed is proof that Indonesia is gaining recognition as a major economy and an emerging regional financial center. Jakarta may be somewhat behind Singapore and Kuala Lumpur in terms of size and sophistication but this should not distract from the fact that a clear upward trend is underway.

Robust economic growth and a strong corporate sector are creating enormous opportunities for the financial sector as well and in the process deepening the country’s capital markets.

“The level of corporate activity now underway is unprecedented,” says Russell Cranwell, managing director of investment banking at CLSA Indonesia. “Indonesia is growing so rapidly that there is a rush by corporates to raise new funds. It’s all about growth.”

“In the past you did not have billion-dollar deals in Indonesia but today such deals are more frequent,” he adds. “This is because companies are bigger and market capitalization has improved.” International investors are looking for bigger deals but, most critically, their appetite for Indonesia is larger.

The large Indonesian groups are expanding at breakneck speed. At almost all of them, from Astra International to Djarum to the Salim Group, the story is all about growth and expansion. “All the large groups have great businesses and are not in direct competition,” says one investment banker.

Astra and Salim, for example, are not exactly in the same industries so both can grow aggressively. The same applies to other groups such as Sinar Mas, Lippo, Djarum and Astra International. “All the large groups have a particular niche that works for them,” he notes. “They have all managed to find something different and are now working to expand.” Property companies with large land banks are also expanding, with many of them now venturing outside the large cities to smaller ones such as Semarang and Pelambang.

Lippo Karawaci, part of the Lippo Group, for example, has plans to build 15 malls within the next three years and operate 50 malls by 2016 as it seeks to tap the country’s rising middle class and consumer spending. In January this year, UK-based private equity firm CVC Capital paid $773 million for a 90.76% stake in Matahari Department Store, which is also owned by the Lippo Group. The deal was billed as the largest private equity deal in Asia, triggering hopes that private equity funds were back in the region.

The two groups that have benefited most from the 1998 financial crisis are Jardine Matheson, which bought a controlling stake in Astra International, and the Djarum Group, which acquired Bank Central Asia from the Indonesian Bank Restructuring Agency (IBRA).

Both these groups got excellent assets at relatively low prices and are now re-investing the cash flow in new assets, says one market analyst. He adds, however, that at that time few international investors were willing to risk paying for Indonesian assets. Djarum, which built its empire on cigarettes, has expanded into banking, coal mining and plantations while Astra has used its enormous cash reserves to bulk up.

Another group that is sitting on a massive cash machine is Sinar Mas, which has invested heavily in palm oil plantations over the past few years. The group, which was close to collapse at the height of the crisis with $12 billion in debt, has emerged as one of the strongest corporate groups in the country today. Indonesian companies, says Cranwell, are now more sophisticated in terms of understanding market trends and leveraging on these trends.

A few years ago, it was difficult to take an Indonesian company on a road show to some of the larger financial capitals of the world but today that problem does not exist.

With little to entice them in the more developed markets in the United States and Europe, global investors are likely to continue to snap up assets when they come to the market in fast-growing economies such as Indonesia. The country’s expected impending investment rating hike will further lower the cost of borrowing and intensify large corporate deals.

“There is a big appetite amongst large global companies for good deals in Indonesia,” says Giuseppe Nicolosi, Indonesia managing partner for Ernst & Young. “When I talked about Indonesia 12 to 18 months ago with my counterparts in other regions, the response was ‘so what’.

But now everybody is looking at Indonesia and while it is still a challenging market, the level of interest has increased by miles.” He adds that his firm has seen increased business in conducting due diligence for M&A activity but so far, this has been largely limited to natural resources and mining. Part of this activity is being driven by a new generation of corporate leaders within the family-owned groups who are selling off non-core assets.

“The new generation will have a different approach to managing their groups,” he notes. “You will see more activity in selling non-core assets and acquisition of assets that are deemed core.” Nicolosi notes that the new generation will look at what makes sense in terms of holding on to assets. “In some groups, you will see more professional management going forward, especially over the next five to 10 years.

”Too hot to handle

In the natural resource and mining sector, rising commodity prices have led to Indonesia’s own version of the gold rush. The difference is that the mineral in demand is coal. Over the past few years, Chinese and Indian investors have pushed the valuations for Indonesian coalminers sky-high as they seek to secure supply for their own fast-growing economies. Indonesia’s coal sector is seeing phenomenal growth both in terms of production and in the arrival of new players on the scene.

Vallar, the resources group funded by financier Nathaniel Rothschild, paid $3 billion last year for a majority stake in Bumi Resources, the largest coal mine in Indonesia, and Berau Coal Energy, the fifth largest coal mine. Now the company, which is listed on the London stock exchange as Bumi Plc., has come back to acquire a 75% stake in Bumi Resources Minerals (BRM), the recently listed minerals subsidiary of the Bakrie Group, for a further $2 billion.

“Whenever a coal asset comes up for sale, all the big groups bid,” says CLSA’s Cranwell. Has this led to overheating of the sector? “There is some frothiness but the million-dollar question is whether the market has topped,” he responds. Cranwell adds that global interest in Indonesia’s mining sector will likely intensify, rather than diminish over the next few years. Apart from coal, there is huge interest in other minerals such as nickel, gold and copper.

“We are seeing a lot of people take a look at the hard rock business and this includes local groups as well.” Wuddy Warsono, head of sales at CLSA Indonesia, says the demand for commodities will continue as long as inflation is manageable and commodity prices do not rise too far.

“We are in a sweet spot because inflation is under control but commodity prices are strong. The big danger is the balance shifting between commodity prices and inflation.” CLSA has already been involved in a number of large deals this year such as the $1.3 billion Bank Mandiri rights issue and the $700 million United Tractors right issue, which the heavy equipment company raised to acquire a coal mine and other mining assets. And, says Cranwell: “We’ve got more to come.”