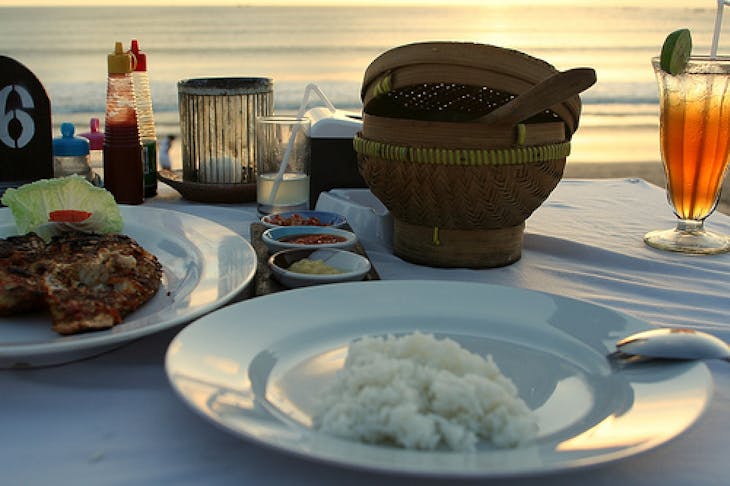 Three of Jakarta`s favorite recreational centers - Ragunan Zoo, Beautiful Indonesia in Miniature Park (TMII), and Jaya Ancol Dreamland - are ready to admit huge numbers of visitors during this year`s Lebaran holidays. Located in Pasar Minggu, South Jakarta, Ragunan Zoo is easily accessible through the Jakarta Outer Ring Road and Transjakarta busway network. The 140-hectare zoo is home to more than 270 species of animals; many of which are endangered and threatened from all parts of Indonesia and the rest of the world, and 171 species of flora. Head of the zoo`s public services agency, Enny Pudjiwati said here on Monday that to anticipate the huge number of visitors the organizers have made the supporting facilities and infrastructures ready in the run up to the Lebaran holidays this year. Enny predicted that the number of visitors during the Lebaran holidays season this year would reach 750,000 people. "Our target is that starting from one day after Lebaran and until the weekend the visitors will reach 750 million people," Enny said, adding that at the peak season of Lebaran in 2010 the zoo was visited by 160 thousand people in one day. She said the admission ticket price for the Wildlife Park of Ragunan, popularly known as Ragunan Zoo, has not been raised and it remained affordable at Rp4,000 for adults and Rp3,000 for children plus Rp500 for insurance. "We are going to open additional computerized ticket windows from originally 22 to 56 and 8 other manual ones, and we will add some more if they are still insufficient," Enny said. She added that the zoo has 436 permanent employees, but to serve the big number of visitors her party would recruit 750 partimers. Meanwhile, TMII Operation Director Ade Meliala said around 300,000 people were predicted to visit the beautiful Indonesia in Miniature Park during the holiday season from August 30 to September 11, 2011. "Our target is zero crime, so we have taken variuous anticipatory measures , especially for the security and comfort of visitors," Ade said. According to him, TMII offers the visitors a glimpse of beautiful Indonesia in just a single location, and also has a famous orchid garden, a bird park with a walk-in aviary, a fauna museum and recreational grounds with a swimming pool and restaurants. Culture and Tourism Minister Jero Wacik on Monday went of Ramadan safari to Ragunan Zoo and TMII to check the readiness of he two recreational parks to face the tide domestic tourists visiting the areas. "My visit to the two recreational parks today is the sampling, and tomorrow the Director General for Tourism Destination Development at the Ministry of Culture and Tourism will do the same to a number of tourist objects across the country," Jero Wacik said. Wacik said he would like to make sure the tourism objects were ready to anticipate the surge of visits by domestic tourists during Lebaran holidays this year. Therefore he also the managers of all tourist attractions across the country to check all facilities and infrastructure and to make sure they were safe for the visitors. "Make sure that the facilities and infrastructures of the tourists attractions are safe for visitors. Check if there are damages, have them mended immediately this week," Wacik said. The minister also asked the workers at tourist attractions, hotels, and restaurants to be ready on full alert during the holidays and serve the people optimally. "Give the best possible services to the people in the next two weeks," Wacik said. Especially to the management of Ragunan Zoo, the minister said they should check the infrastructures and facilities and improved them so as not to endanger visitors. "I have also sent letters to governors, district heads, and mayors across the country to make sure the tourism objects in their respective areas are safe for visitors," Wacik said. Meanwhile, Jaya Ancol Dreamland Manager Sofia Cakti said on Monday that entering the third week of the holy month of Ramadan fasting month, the number of visitor slightly dropped. "Before the fasting month the number of visitors can reach 10,000 people per day but during Ramadan it dropped to 8,000 people per day," she said. However, she added that the rate of decline in the number of visitors was not permanent because during the during the weekend before and after Ramadan the number rose significantly to reach 13,000 per day. "Ancol will again be flooded by thousands of visitors from Jakarta, Bogor, Depok, Tangerang, and Bekasi (Jabodetabek), and even from Yogyakarta, Semarang, Surabaya, and Bali seven days before and after Lebaran holidays this year," she said. According to Sofia, the entry ticket price per person remained the same at Rp15,000 for Ancol Dreamland, Rp150,000 for Fantasi Land, Rp100,000 for Atlantis Water Adventure, Rp90,000 for Ocean Dream, and Rp50,000 for Fantastic Multimedia Show. News Source: ANTARA News