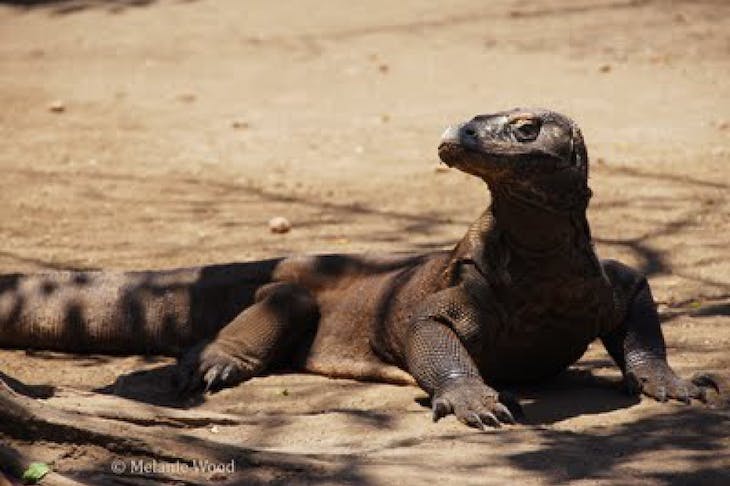 "How do we escape, if a dragon attacks?" "Run zigzag!" Rinca Island in September is ocherous and well-baked, the earth and sparse flora all beautiful burned-biscuit browns. There are skulls in the trees and dragons on the ground: Komodo dragons. There are also baby dragons in the trees. "Once hatched, baby dragons hide in the trees so their parents can't eat them," says Park Ranger Agus, conspicuous in his saffron ranger shirt. Komodos are monitor lizards, weighing in at between 150 to 300 pounds, with a length of up to three meters. There is a ruddy cast to their grey scales and their bowed legs give them a cowboy gait 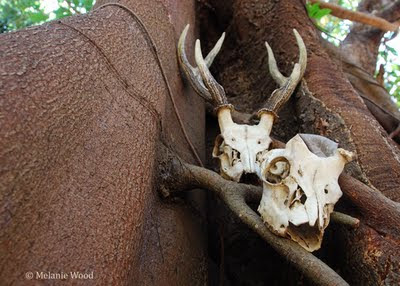 "Dragons can run fast, but not far," adds Agus, leaning on the forked wooden staff all Park Rangers carry. An alternative to the zigzag flight is to climb a tree: presumably one which doesn't have a junior dragon salivating amid its upper boughs. "Or you can just stand still. Motion makes a dragon want to pursue." 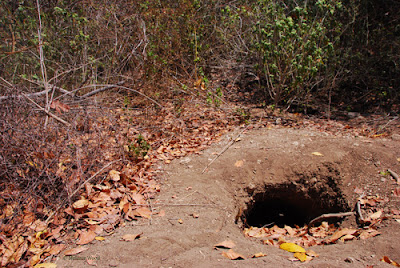 It's the tail-end of the July to September mating season. Female dragons usurp the ground nests dug by fellow islanders, the orange-footed fowl. They eat the bird eggs, then lay their own 15-30 grey eggs.

"And what if you're bitten?"

"Then you've got 12 hours to get the medicine before you have to amputate," says Agus, flatly. "People die from the bacteria in Komodo bites. But, there's no medicine on the island. The nearest antidote is in Denpasar, Bali, several hours away by plane and many more by boat."

"They hang out here because they like the kitchen smells," says Agus. 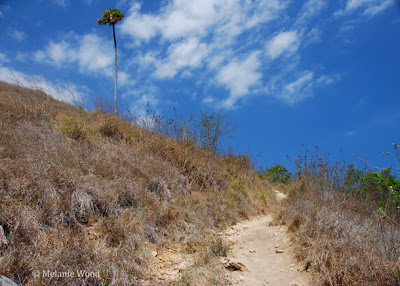 Suddenly one of the dragons is up and running, a swaying drunken run, beneath the kitchen where a trapdoor in the elevated floor has opened and food has been thrown out. "They like fish bones," explains Agus. "Fish bones are like peanuts to dragons." News and photo sources: Gangs of Indonesia(by Melanie Wood)