New startup has only been launched in Indonesia. Sitti has indexed more than 20 terabytes of data; comprising 12 million articles, 12 million Twitter accounts, 10 million Facebook conversations, 20 thousand words of slang and 2.7 billion Google search terms– all in Bahasa Indonesia and all to make mathematical sense of Bahasa language context, so that it can match ads to content better than Google. Sitti may seem optimistic, for Google has yet to fully go deep into its AdSense business in the country. However, during its visit to Indonesia a while ago, the Internet giant stated that it is ready to grow its market here. The six-month old startup then introduced itself to the public on Wednesday, Nov 24. “Within the period of between October 1 and November 5, 2010, we have indexed more than 600 million pages of websites and blogs and display 330 ads of 330 brands,” Sitti CEO Andy Sjarif told reporters. Nonetheless, Sitti is nothing compared to Google as regards indexing. Google records more than one trillion pages of websites and blogs globally which comprise 129 international languages. “They’re great and mighty. Google is superior on the search engine issue. But we’re better than them at the contextual advertising,” he claimed. A comparison between Google AdSense and Sitti through the A-B split test shows that Sitti’s local ads which are more relevant toward contents available on websites or blogs are mostly chosen by users. “Google only deals with languages. Indeed they have Google Translator. Unfortunately, the technology has yet to detect bahasa Indonesia properly as far as linguistics is concerned,” said Andy. Andy recognized that Google is no ordinary competitor. Therefore, Sitti invites a number of partners such as megaportal or bloggers for placing Sitti banners on their webpages. “Google is coming to Indonesia to conquer the market. We’re ready to challenge Google by the support of local partners. Hey, Google, come to Indonesia!” said Andy. Sitti cites the example of ZAO Begun in Russia, which Google tried to buy for $140 million before it was blocked by the Russian government, as evidence that language can be a powerful differentiator on the Web. News Sources: Kompas Photo Source: Sitti
? 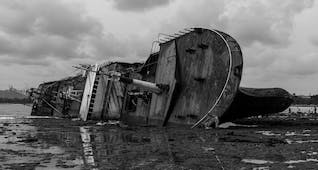