What Indonesian Youths Can Do ? Young age is commonly known as the age of finding the true identity in someone’s life. therefore, no wonder if there are lots of confusion on what they are going to be in the future. Youths are thirsty on learning new knowledge and experiences. There are many speeches from powerful person who believe in youths potential. For instance, one of the first Indonesian president most famous quote. “Give me 1000 old man, I will undoubtedly rip Semeru from its root, give 10 youths, I will undoubtedly shake the world”. this speech has been motivated many people in Indonesia. Soekarno himself seems to believe that youth are the agent of change of a nation.

Another example on how leaders of the world believe so much on youth, read carefully on Ban Ki Moon as Secretary General of The United Nations said:

“As the young leaders of tomorrow, you have the passion and energy and commitment to make a difference. What I’d like to really urge you do is to have a global vision. Go beyond your country, go beyond your national boundaries” Ban Ki Moon. 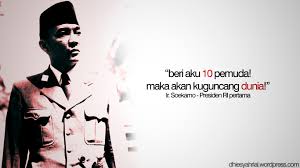 the belief on what youth potential is not only a concept nor a theory. It has been proven that youth has capacity in order to be an agent of change or change makers. Indonesian youth itself has the capability to make a change. Take a look for Indonesian youths back in when Indonesia was still under Dutch colonization. Starts with Mohammad Hatta who started to lead Perhimpunan Indonesia when he was only 21 years and attended Anti Colonization Court in Paris in his 23. Ki Hajar Dewantara, the father of biggest moslem organization called Muhammadiyah established Indische Partij in 1912 when he was 20 years old along with Douwes Dekker and Cipto Mangunkusumo. Agus Salim and Cokroaminoto was actively lead Sarekat Islam in their 22. Mohammad Yamin joined to make Sumpah Pemuda in 1928 when he also 22 years old in which on 28 October 1928 there is Sumpah Pemuda. However before he had a great contribution in the making of Sumpah Pemuda, he was actively involved in Jong Sumatranen Bond in his 19. Another name, the first President of Indonesia, Soekarno had shown as national movement actor in his 22 and being a leader for Partai National Indonesia (PNI) at the age of 26. These examples have shown to us that youth is not only age but inside of the number of age there is a great potential in order to make a change. 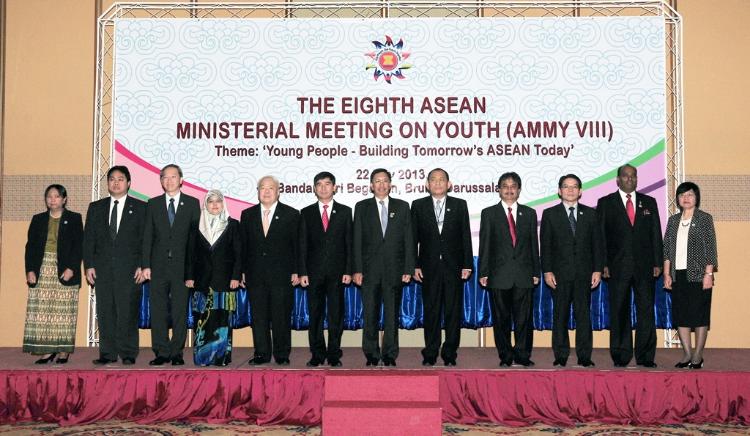 As much as ASEAN aware on youth potential, there is a meeting that specifically discuss about youth called ASEAN Ministerial Meeting on Youth (AMMY) in which held once in every 2 years. This meeting is purposed to increase youth awareness and capacity building by knowledge. Realizing the fact that youths are the next leader in every country, youth cooperation in ASEAN is directed by the Work Programme on Preparing ASEAN Youth for Sustainable Development. This programme has four priority areas such as Policy Development, Promoting ASEAN Awareness & Civic Responsibility, Promoting Employability of youth and Information Exchange/ promoting partnership.

Furthermore, in the YSEALI (Young Southeast Asia Leaders Initiative) welcoming dinner 26 April 2014 in Kuala Lumpur, AKP Mochtan, Ph.D. as Deputy Secretary General of Community and Corporate Affairs ASEAN Secretariat stated his belief on youth by explaining many key challenges of youth such as commitment, awareness and narrowing the development gap. He also explaining about what ASEAN Youth can do. For instance, ASEAN Youths need to enhance their capacity building by engage with others youth groups and shaping their leadership, this then called as Youth Leadership Development. Youth entrepreneur also plays important role in creating job and help a country narrowing Development Gap and solve the poverty problem. In the end of his speech he strongly stated his faith in youth potential.

“… In conclusion, The ASEAN youths are the region’s greatest assets……,” AKP Mochtan, Ph.D.

What Indonesian Youths Can Do Now 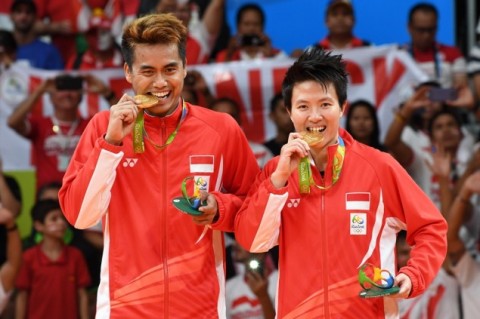 Even though there are lots of evidence which shown the potential of youth, still there is a negative statement “ I am only youth” seemingly if we are youth we cannot do anything for our country. This statement is entirely wrong, indeed. If we could just believe that we are the agent of change and the future leader of this country we should change the statement “ I am only youth” become “I am the future leader of my country”. Embrace our young age as the age of learning not as an excuse to do nothing. 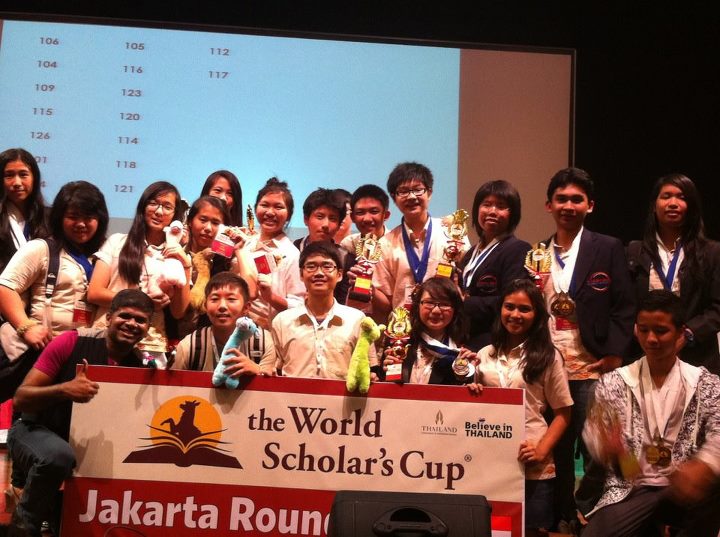 The Winners in World Scholars Cup

In this era, we are lucky that we are no longer under colonization and that makes us have more opportunity to contribute for our country. We can bring our flag proudly with our achievement in national or international level. Let’s makes the students from Global Sevila Puri Indah School who earned 44 medals in an English debate conducted by World Scholars Cup (WSC) which located in Yale University as the example. Those students have been upheld Indonesian flag in International level by winning in a competition where English is not the mother tongue for them because they are all Indonesian. Proudly, those 12 students namely, Julius Owen Suherman (12 Medals), Aleandra Annika (5 medals, Angelica Marta (3 medals), Basilio Otto SUherman (4 medals), Wirayuda Hendro Gunawan (2 medals), Morgan Thomas Coomes (4 medals), Bianca Evangelista Tjahjadi (3 medals), Evan Haryowidyatna (3 medals), Adler Edsel(medals), Aurelia VIdyani Sidin (2 medals), Yasa Danavira Tjoe (2 medals) and Kenny Kusnadi (1 medals) have been trained and prepared so hard to bring Indonesian flag in international level and be the pride of Indonesia. Speaking of age, these students apparently are not even reached 20 years old yet but what they did was absolutely amazing.

Instead of wasting our age in a bad way such as using drugs and involved in a criminal circle or make something fully stupid in social media such as spreading hatred and making a bad trend for youth. we should encourage and devote our self for a greater good.

In order to do that there are several things, youth should do. First, believe in yourself as the future of the nation and chase your dream. No matter what your passion is, nowadays there are many ways to be the pride of the nations. It does not always have to compete and win in the academic field such as debate or in world math competition. Athletes, musicians, and artists could also contribute for Indonesia. For instance, in the field of sport, we all know and proud to Liliana Natsir and Tontowi Ahmad who won gold medal in Badminton Mixed doubles Rio Olympics 2016. In the field of music, well many Indonesian musicians have international quality and well-known in international level such as Agnez Monica, Jogja Hip-Hop Foundation, Didi Kempot, Brian Imanuel a.k.a Rich Chigga, Sandy Sandoro, Mocca and many more. Some Indonesian actresses and actors also recognize in international level like Reza Rahardian who got a workshop program in Germany and amazingly playing a role as former president of Indonesia B.J. Habibie in Habibie & Ainun or Joe Taslim who got his role in Fast & Furious 6.

Second, enhance your capacity building. There are many platforms to enhance your capacity building, such as ASEAN Youth programs, leadership camps, and many others. These platforms would widen your knowledge and allow you to encounter with people from diverse origin. This platform is important to you to broaden your network and enrich your knowledge so that in the future your personality would be wiser because of this kind of platform. 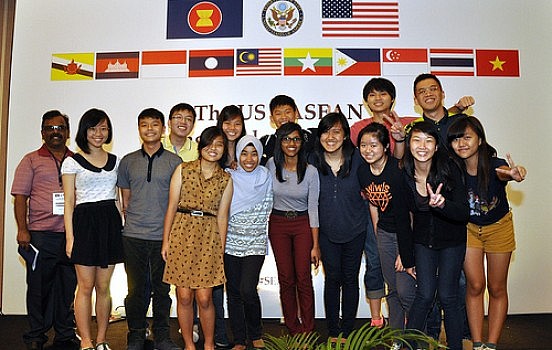 Third, do not ever think about what the outcome and focus. If we do believe in the words “the result will never betray the effort,” we have to put our maximum effort on what are we doing right now. There is a good example from a legend actor, Sylvester Stallone. When he was nothing back then, he wrote the script for Rocky Balboa movie but got rejected many times. He just agreed to sell the script with him as the main actor. After many challenges faced, the producer agreed to make him the actor and the movie Rocky Balboa become one of the most famous movie on earth. This inspirational life story of Sylvester Stallone tells us that just do whatever you are doing persistently and focus on it so that the result will come unexpectedly amazing.

In conclusion, youth as the future generation and hope of a nation should aware on their true identity. They should encourage themselves to learn more and act more rather than doing nothing, or even worse, choose to do some stupid activity in order to be viral in social media. Be something that Indonesia would proud of you because you are the hope of Indonesia

Daftar komentar untuk artikel "What Indonesian Youths Can Do ?" 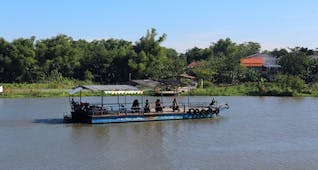